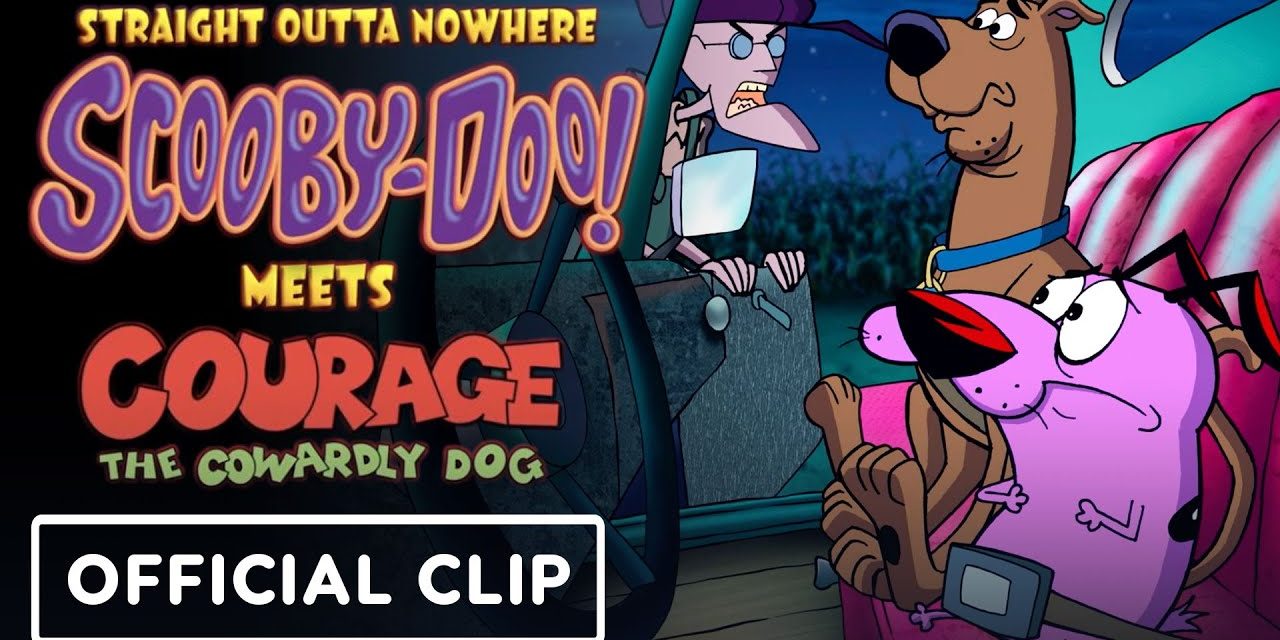 An original animated boast so exciting it’s scratching at the door! Comedy is unleashed when Scooby-Doo, your favorite mystery-solving mutt, units up for the first time with Courage the Cowardly Dog. The canine peers sniff out a strange objective in the middle of Nowhere, Kansas, the backwoods hometown of Courage and his owners, Eustace and Muriel Bagge. Soon, the strange finding keeps them on the footpath of a monstrous cicada monster and her preposterou winged fighters. Fred, Velma, Daphne and Shaggy know that this job is too big for a flyswatter. They’ll need the help of the doggy duo to piece together the baffle. Can Scooby and Courage overcome their jitters and demolish the bug legion before the whole world bugs out?