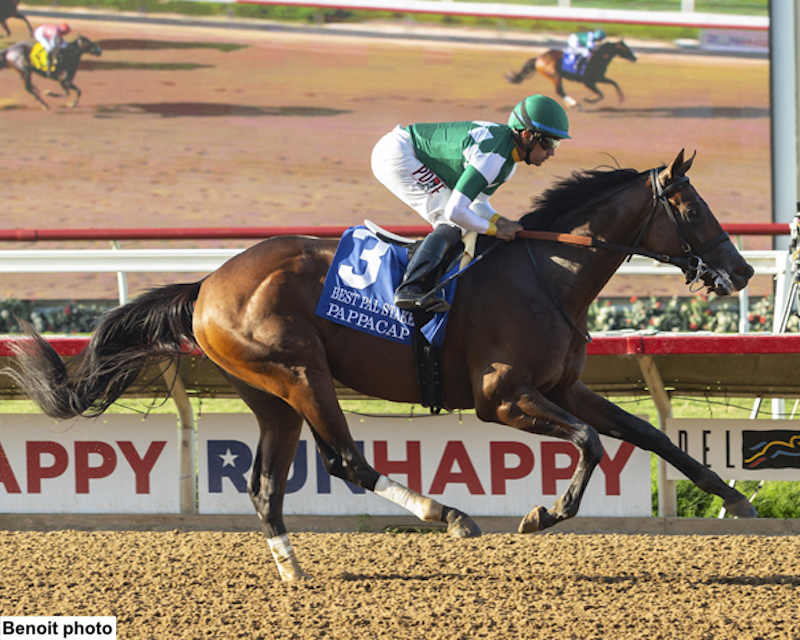 Pappacap, an affecting 4 3/4 -length winner of Saturday’s $ 200,500 Grade 2 Best Pal Stakes, was comfortably ensconced in his stalling Sunday morning while Allen Hardy-Zukowski saw to the regular number in his role as overseer for the California-based string of Hall of Fame trainer Mark Casse currently stabled at Del Mar Thoroughbred Club, in Del Mar, Calif.

Pappacap, a 2-year-old son of Gun Runner, “looks good and ate up well, ” Hardy-Zukowsky said. “Now he’ll rest a day or two before going back to the track and we’ll check what happens from there.”

Casse watched the hasten in New York, where he had been inducted into racing’s Hall of Fame at Saratoga Springs a daylight earlier, and was soon on the phone with Hardy-Zukowsky.