Man City 5-0 Arsenal: This needs to be rock bottom 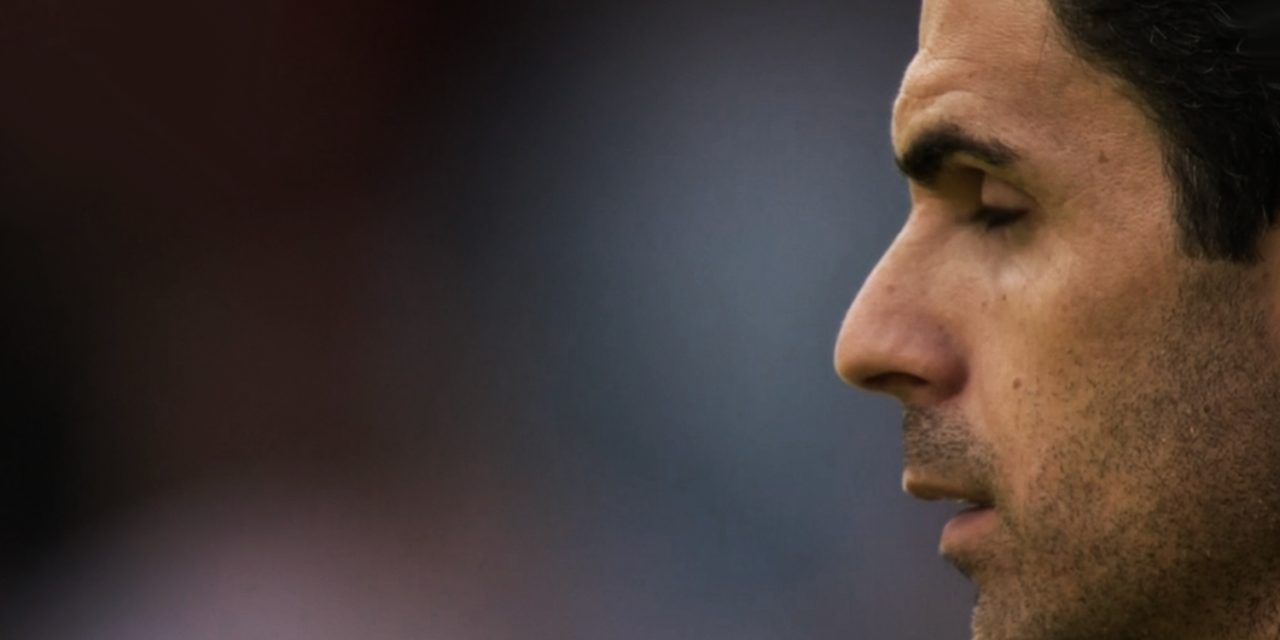 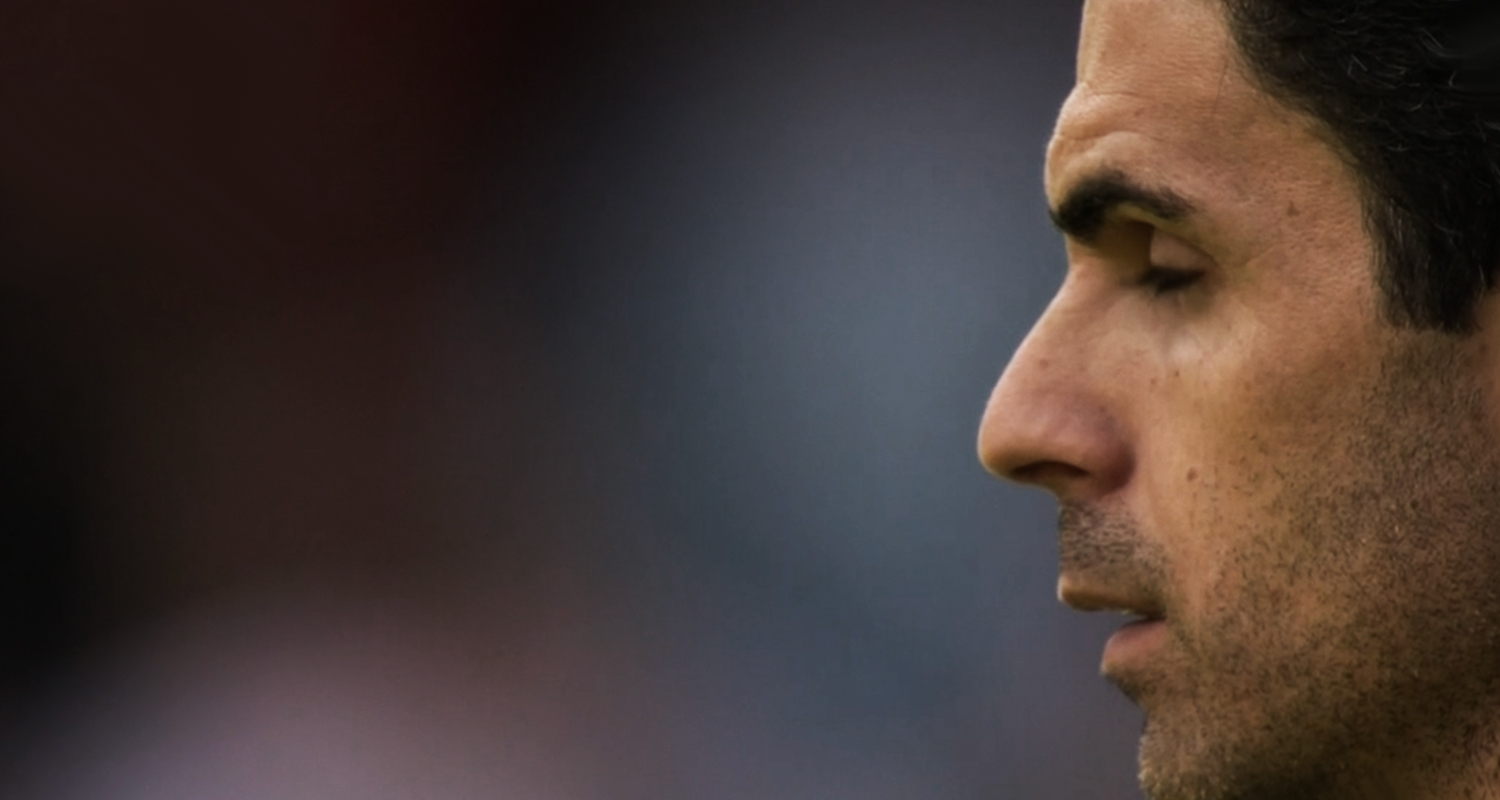 2021 has been a difficult year. I’ve had so much go on on a personal level that I’m fully able to settled things in perspective, to separate’ real world’ and football. I’m likewise fully aware of the limitations of this team right now. Nevertheless, I can’t remember the last time I felt so emotionally affected by a game, so down at the final whistling. I think it was the 3-2 at Old Trafford in 2016 when I knew our name hazards were travelled, and that it was essentially palls for Arsene Wenger.

Yesterday was similar. So much was wrong, even with all the context and mitigating factors you can point to- quite rightly in some cases. I’m going to go through this from the start.

I get we have injuries and absences, but that apology yesterday has to be the worst we’ve seen in years. I know Pablo Mari has been iffy, I said as much myself, but I exactly can’t get my psyche around the selection of Sead Kolasinac. He’s a player we rated so lowly last season we are only gave him apart on loan rather than have any back-up at all for the left-back position, and now he’s starting in a back three at Man City. Reportedly he spent all week trying to get Arsenal pay off his contract so he can join Fenerbahce on a free – why are we picking him?

How are we supposed to believe in a project which leaves us in a position where we have to pick Kolasinac, and even Mari. when we have a near PS30m central guard astonishing in France. A musician whose age etc wants he fits perfectly into this youth-based rebuild? Even if you think William Saliba is fresh, he’s better than a bloke who wants to go be Mesut’s defender in Turkey.

We all know we need a right-back, and one of the options was playing at centre-half, but at what pitch does a player’s haplessness point his chances of being adopted? Cedric was abysmal yesterday, the kind of performance that should realise him demoted to the funds in standard situations. Midfield was imbalanced, I’m guessing because of the mean “weve had” which lasted around 8 times in total, but let’s not teenager ourselves- City had the procedures of us in that area all day long, and the manager got it wrong.

1-0: Dreadful defend. No persuade to stop the cross, and quite how we manage to realise Man City’s insignificant intruders glance so good in the air is almost admirable. I guess Leno gets caught in two heads, neither of them better now, and for Calum Chamber to be beaten at the back upright by Gundogan is schoolboy trash. Some years ago, Chambers get roasted by Jefferson Montero when he was playing at right back for us against Swansea. It was a performance which left a scar on his stature, but genuinely, he was worse yesterday. Much worse.

2-0: Let me be clear, my plans on this goal don’t excuse anything we did or didn’t do yesterday, and I conceive City would have won anyway, but this shouldn’t have suffer. Enclosures gets a dig in the face, and quite understandably goes down. I do not buy into the idea that a musician should’ soul up’ or be stronger when he’s punched in the face. It wasn’t accurately a Mike Tyson haymaker, but in the era of VAR I suppose any participate is right to think that should be punished. Even if others are a bit inconclusive, there’s one inclination where you can see quite clearly it’s a punch. Not exclusively the should not had stood, it’s a blood-red placard. When you consider what Kolasinac was booked for a few minutes later, it’s even more appalling. On this one, I have actual sympathy for the manager and the players because the officiating was just plain wrong.

That doesn’t excuse the oppose which was, frankly, piteous. City took a free kick in midfield, we stood watching instead of closing the ball down, Cedric did some interpretative dance, avoiding the ball beautifully into the path of the man who slotted it home from close range.

3-0: Down to 10 adults at this top( more on that anon ), Chambers attains it as easy as it looks for Grealish but in the middle neither Kolasinac or Rob Holding have any idea where Gabriel Jesus us because … he moves slightly. Deeming is an ok defender with the game in front of him, but he’s like a reverse velociraptor in the box. Where they can’t see when people stay where you are, he is blind to the tiniest bits of motion in the box, quite a problem for a centre-half.

4-0: Nice football from Man City, but Cedric- as he was against Chelsea last week- is not in line, and play video games them onside. Kolasinac literally conceals behind a City player instead of trying to block the shot which bends inside the post. Maybe Leno might have done better, perhaps, but he did enough to keep the score down later on to not get any evaluation for this one.

5-0: A header from a cross that we failed to prevent and did nowhere near enough to compete for. I fully understand why we bought a centre-half this summer, particularly after what we witnessed yesterday, but how much Ben White helps us aerially remains to be seen.

I don’t really know why this is contentious, but for me it’s a nailed on red. That he got the ball is irrelevant( spoke the rules ), but Granit Xhaka departed flying in with two hoofs off the dirt, and you are only cannot do that and hope to escape a transmit off these days. If someone get in like that on one of our musicians, we’d want exactly the same punishment. Whether we’d get it or not is a different question, but that doesn’t convert current realities of it.

If I’m trying to be absolute as fair as I is likely to be, I’d say it’s the kind of red poster that’s given to an apart back much more easily than it is a home one. I’ve also met it suggested that Xhaka’s reputation preceded him here, and maybe that is the case, but we all know Granit Xhaka and this isn’t the first time he’s done something like this. The counter-point to that is that nobody knows Granit Xhaka as well as Granit Xhaka, so it’s no excuse.

Just don’t jump in, stays on your feet. I know we want to see our participates participate, but what he did yesterday was stupid. If you’re being truly scornful you’d say it was a guy whose frustration- which is never far from the surface- got the better of him and he checked out in that moment. Playing City is hard enough with 11 gentlemen, and as one of the believed’ governors ‘, Xhaka should have known better. He made an once difficult daytime even more so.

However, being down to 10 adults doesn’t have to be a death sentence. We’ve knowledge spate of parties where we’ve struggled to represent the most of a man advantage, and while I recognise the obvious rift in caliber, it was all too easy for Man City because of just how passive we are in general. We must be the easiest team to play against in the entire league.

The pressure is well and truly on. You can’t be overseer at a squad like Arsenal- or any association for that matter- and start the season with three games, three demolishes , no goals, and a point divergence of -9 and not feel the heat. I don’t think anything will change just yet, the sorority have been keen to stress the rebuild they appear to be embarking on will take time, and I don’t see them granting a overseer PS130m to invest then sacking him after three games of the brand-new campaign( including 2 against the best two teams in the organization ).

However, September is crucial for him. He has to start displaying develops. We need to be aiming for 9 sites from our three activities next month, the last of which is the North London derby. Otherwise, what option is there? As it stands, we’re already in the kind of territory that few managers ever removed from. Whether you still have faith in Arteta, or whether you think he should be gone now, I think everyone would agree that it is going to take something verging on remarkable for him to turn it around fully. It’s not to say we won’t earn some plays, but this project was predicated on him making something identifiable in terms of how we play the game.

As I watched yesterday, after watching the previous tournaments, after watching all of pre-season, I genuinely have no idea what it is that Arteta is trying to do. I know we have some actors missing, but I don’t know that Thomas Partey, Ben White and maybe Gabriel are the transformative pieces of the dilemma that some are suggesting. They would offset us better, because they’re better than what we had yesterday, but not to the extent that everything clinks with them in the team.

This defeat, this humbling, needs to be rock bottom( and I need to never hear Pep Guardiola talk about how good Arteta is after his place have vanquished us readily again- exactly said shut up ). We need to see improvement in how we frisk, how we prepare, how we rival, and very obviously in terms of results. I candidly mull Arteta might be one of the unluckiest overseers I’ve ever seen, and I feel for him when it comes to certain issues, but when you couple that tough luck with ignorance, bad decisions, and a team which is lacking from figurehead to back, it utters for a particularly nasty cocktail.

I don’t doubt his hunger or his office ethic; I like that he has very clearly spoken about long-standing issues that have affected the team and the society as a whole; I enjoyed the idea that he might modify a culture which has assured our standing diminish season after season; but right now it’s impossible not to doubt his ability as a overseer who can deliver the kind of results that a organization like Arsenal should be demanding.

September is going to be a hell of a month. First though, an Interlull for us to endure. Hurrah. James and I will be here tomorrow with an Arsecast Extra to talk it all out.

For now, have a good Sunday.

The post Man City 5-0 Arsenal: This needs to be rock bottom emerged first on Arseblog … an Arsenal blog. 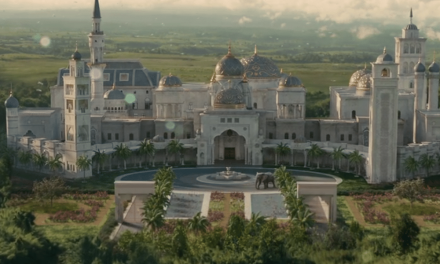 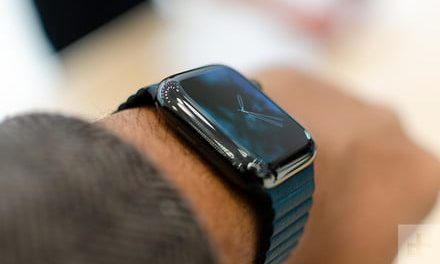 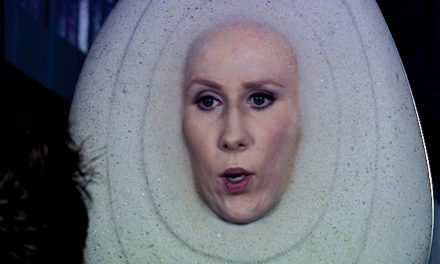