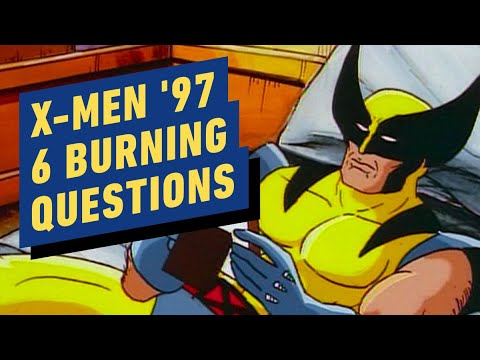 As if we needed more proof the ‘9 0s are alive and well, X-Men: The Animated Series is making a comeback. Disney has announced X-Men ‘9 7, a brand-new Disney Plus series picking up where the original left off three decades ago. It’s an agitating duration for X-Men devotees, but we also have a lot of questions about this new Disney X-Men series. So while awaiting more news about Marvel’s inspired X-Men revival, take a look back with us at how the original X-Men cartoon ended — and ponder some of the most important questions encircling the X-Men ‘9 7 Disney Plus inspired successions.

X-Men: The Animated Series lasted for five seasons and 76 episodes between 1992 and 1997. Unfortunately, the sequence was clearly showing its age by the final season with Saban Entertainment cutting costs and switching production to a different living studio. That raises the question — will X-Men ‘9 7 build on that final stretching of escapades, or will the brand-new serial neglect Season 5 solely and move in a different direction?

The explanation could heavily influence the course of the brand-new serial, and where we find Xavier, Magneto, Cyclops, Jean Grey, Wolverine, Storm, and all of our favorite merry mutants in the brand-new display.

For numerous X-Men fans, the Animated Series is still the gold standard when it comes to how these Marvel personas sound. And don’t even get us started on that X-Men theme music … But will these beloved personas be recast? What brand-new stories will be told on this X-Men TV series? And how violent will the evidence be? Will Wolverine be allowed to really snikt! this time?

Watch the full video about Disney Plus and Marvel’s X-Men ‘9 7 invigorated successions to ruminate these questions and more!