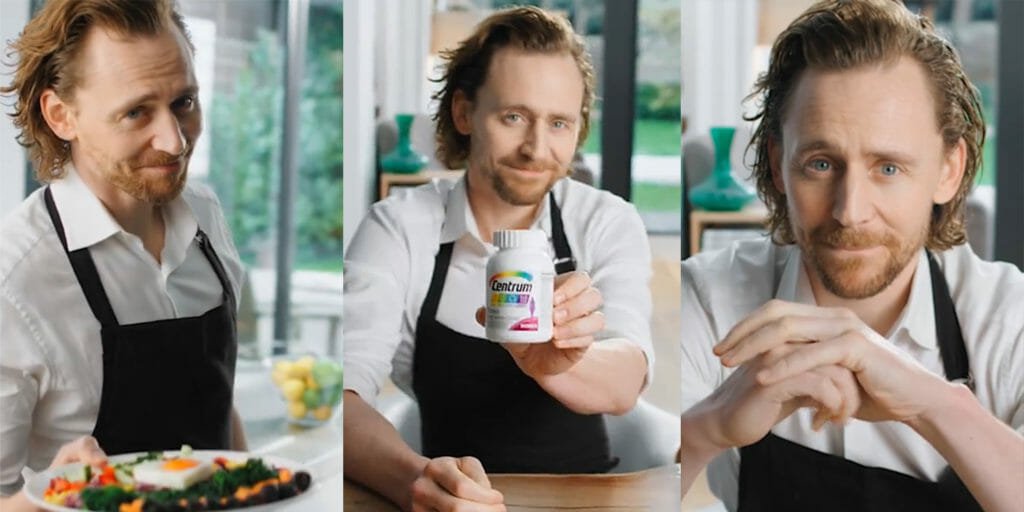 Imagine yourself waking up in the morning feeling happy and refreshed. You walk down to your spacious kitchen to find your lover, actor Tom Hiddleston, making you a nutritious breakfast of chopped veggies adorned with a single sunny side up egg.

“Heeeey, morning,” says Tom in his dress shirt and spotless black apron. “I finished early, so I thought I’d pop back and make you breakfast.” He doesn’t mention what it is he finished so early, or where he’s popping back from. He doesn’t need to. Clearly, you two discussed his busy schedule last night while spooning.

“Pepper on top, right?” Tom says, sliding the plate across to you. He knows you so well now. “Oh!” he says, nearly forgetting the bottle of women’s vitamins sitting on the table. “You’ll need a Centrum.” He hands you the bottle of vitamins and pauses before adding, “You look great.”

Then he’s off on his next adventure. Busy for two whole weeks! It’s OK, though. He promises to make it up to you. Everything will be fine as long as you have the love of this beautiful man to keep you happy, and your Centrum women’s one-a-day vitamins to keep you healthy.

Some people are loving it.

I’ve never seen it before and I’m still laughing and drooling at the same time. LOL

That is each of us waking up in the morning, making our way downstairs, seeing Tom making us breakfast. Of course we don't say a word, we can hardly breath let alone talk. AND – he'll be back in a couple of weeks.

WHY DO WE NOT HAVE THIS IN THE US?!

Others are less enthusiastic.

Hello. This is the creepiest commercial I have ever seen, and I am including Matthew McConaughey’s “Driving Lincolns While Stoned” anthology.

But nearly everyone is confused.

It’s just, weird. Being said, if buying a bottle of Centrum you get a Tom Hiddleston making your breakfast, I’ll be buying in monthly amounts.

Hiddleston is far from the first big name actor who’s made a commercial in Asia. American movie stars are sometimes reluctant to film ads in the U.S., fearing it will cheapen their brand or make them seem like sellouts, but countries like Japan and China offer big bucks for celebs and allow the stars to keep their clout with American audiences.

Leonardo DiCaprio no doubt made a small fortune making Jim Beam commercials in Japan. And if you haven’t seen it, you owe it to yourself to watch John Travolta hocking some canned alcohol called Tokyo Drink.

It’s such a well-known practice that it became to the plot of the 2003 Sofia Coppola film Lost in Translation.

Basically, the Avengers actor is in good company … although his lady friend should be cautious. Hiddleston, as we all know, is not always who he appears to be.

The post What’s going on with this oddly sexual Tom Hiddleston vitamin ad? appeared first on The Daily Dot. 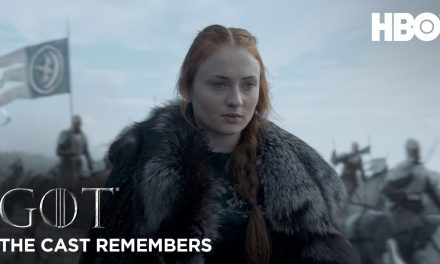 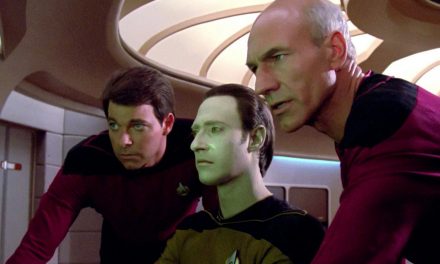 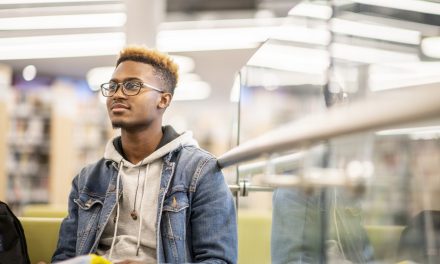 Student life in the time of COVID-19 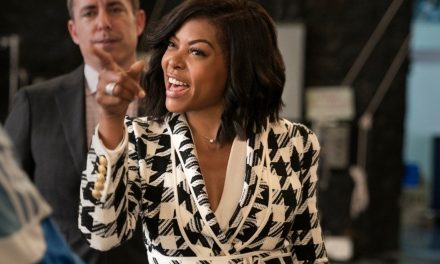