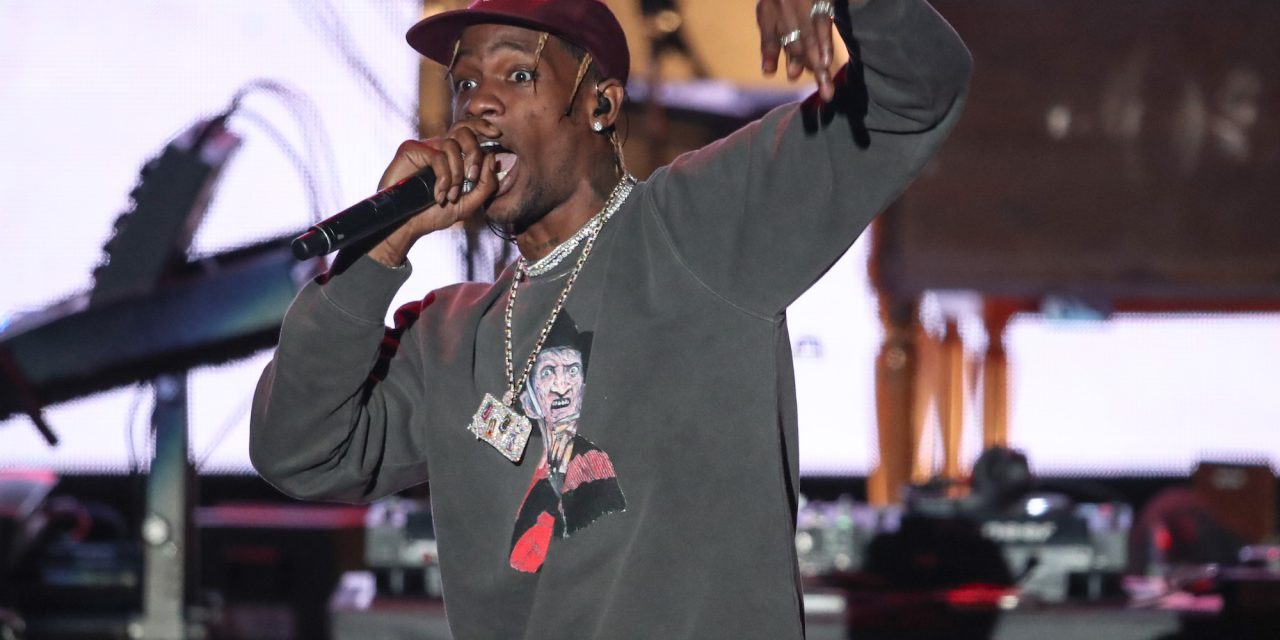 Travis Scott has announced the release of ‘Jack Boys’, the debut studio album from his creative outfit of the same name, along with some unusual accompanying merchandise.

The album is set to be released in December, and includes guest appearances from DJ Chase B, Sheck Wes, Don Toliver, and more.

‘Jack Boys’ includes recent single ‘Highest In The Room’, Scott’s first solo material since releasing his acclaimed 2018 album ‘Astroworld’. Since then, he’s featured on several artist’s songs, including Post Malone’s ‘Take What You Want’ (which also featured a scene-stealing turn by Ozzy Osbourne), Ed Sheeran’s ‘Antisocial’, and ‘Power is Power’ for an album of music inspired by Game Of Thrones.

Scott also recently released a documentary ‘Look Mom I Can Fly’, which premiered on Netflix in August.

Prior to the album’s release, Scott has shared an exclusive merch capsule for ‘Jack Boys’ to tie in with Black Friday. As well as some more traditional merch, the items on offer include a rolling tray, a duffle bag, a blanket, a rug, an electric scooter, and a “reality robe”. See his tweet announcing the news below.

The merch is available for purchase now at Scott’s website. Watch the trippy video for ‘Highest In The Room’ below.

Last month (October 10) Scott was confirmed as one of the headliners of Lollapalooza South America 2020, alongside The Strokes and Guns N’ Roses.

The country-hopping festival will visit Argentina, Chile and Brazil in the spring, with the Argentinean (in Buenos Aires) and Chilean (Santiago) legs taking place from March 27-29, 2020. The final leg, in Brazil (São Paulo), will take place over 3-5 April, 2020.