Stan Lee’s Influence On Hip-Hop Is Summed Up In The Underground Hit, ‘Secret Wars’ 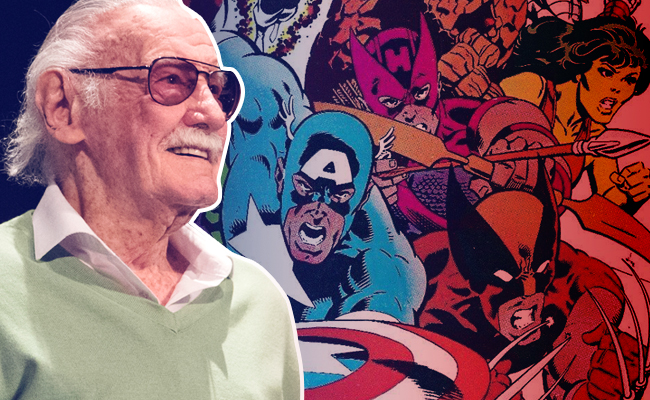 Rappers are nearly all nerds. This is an observation that often gets lost in the glitz of diamond-encrusted necklaces and tough talk about mafia movie-inspired shootouts, but rappers have more in common with comic book creators like Stan Lee than they do with big-time gangsters like Al Capone. They write elaborate, action-packed fantasies about sometimes wildly unrealistic situations, many actually taking inspiration directly from comic books like Fantastic Four and X-Men, both of which the late Lee had a hand in dreaming up. So, when rappers name themselves after comic book characters — think Jean Grae, who’s X-Men-homaging moniker is the subject of a long-running gag on Twitter, or Ghostface Killah’s “Tony Stark” nickname — they’re just expressing their enjoyment of a medium that was around long before the first rhyme was laid to a beat.

Which is why so many rappers spent Monday posting tributes to the late, great Marvel Comics founder and industry icon, Stan Lee. Stan’s effect on hip-hop was, in some ways, as profound as it was on the comics business. Consider that Swae Lee and Post Malone both contributed a song to the upcoming film, Spider-Man: Into The Spider Verse, adapted from one of Lee’s most iconic creations, or the fact that Luke Cage and Iron Fist spent two Netflix seasons each pummeling baddies to the tunes of Wu-Tang Clan and Gang Starr. In the wake of Stan Lee’s passing, I thought it would be fun to reminisce about the biggest crossover between comics and hip-hop; it involved rap impressions, iconic heroes, and Stan Lee himself — at least in spirit.

. Hip Hop without Marvel references. DMC said he wanted his energy to be reminiscent of the Incredible Hulk. My childhood without Marvel.

I can’t even fathom that. “Swinging through your town like your neighborhood Spider Man” – Wu.. RIP Stan Lee. pic.twitter.com/1dGKvKgvF5

In 1997, a rising Philadelphia-born rapper named Jamal Gray, aka The Last Emperor, was grinding away at open mics in New York City and featuring on Rawkus Records compilations with his thoughtful, political science-influenced rhymes, when he created the ultimate crossover between rap and the comics world. Titled “Secret Wars,” after the Marvel Comics crossover event series of the same name, it opened up a door in the mid-90s — a time of flux and increasing stratification of the hip-hop world into “underground” and “mainstream” subgenres — for rap to be even nerdier than it had ever been before. In some ways, it was the ultimate rap storytelling song, blending high fantasy with incredibly dope rhymes and a deep love for both cultures, changing the way rappers talked about some of their geekier pursuits.

In the Marvel storyline, a cosmic entity called the Beyonder abducts a few dozen of Marvel’s biggest superheroes and villains, transporting them to a deserted planet called Battleworld, and makes them fight — basically, the equivalent of a nearly all-powerful child playing with his action figures. The Last Emperor’s “Secret Wars” follows the same format:

“What if I had the power to gather all of my favorite MCs
With the illest comic book characters and make them arch enemies?
Inconceivable? Unbelievable? Yet as wild as it seems
The Emperor and Stan Lee would coach the two opposing teams”

It’s an unserious premise, to be sure, but by eschewing any pretense toward the high-art leanings of underground rap or the materialistic trappings of rap’s exploding mainstream, The Last Emperor stumbled on a totally new form. He unintentionally widened the array of topics rap could address. While Wu-Tang Clan and other groups had incorporated comic book references throughout the earlier part of the ’90s, Last Emperor removed the need to couch the nerdy material with overt gun talk and the Clan’s often opaque slang usage. It was just comic book characters fighting rappers and it was glorious.

Over the course of the song’s five minutes, The Last Emperor pits Stan’s greatest creations, from Doctor Strange and Professor X to The Thing and Spider-Man, against his own team of rap representatives including the GZA, KRS-One, Redman, and Nas. Common battles Iceman, Busta Rhymes slaps Dr. Octopus with his dreads, and Lauryn Hill “clocked Storm over the head with my man Wyclef’s guitar.” Throughout, The Last Emperor warps and stretches his voice into reasonable impressions of each rapper’s flow and vocal tics, as well as throwing in Stan’s legendary exclamation, “Excelsior!”

In honor of the late, great Stan Lee. Probably one of the best Stan Lee cameos in all of cinema. #Excelsior pic.twitter.com/2VIL3jiN09

While “Secret Wars” never became a mainstream hit, it did resonate with fans of the underground rap scene, often college kids or high school students who felt alienated from the hood content of bigger name artists like The Notorious B.I.G., Jay-Z, and DMX, who were dominating the radio at the time. It even helped net the unconventional rapper a major label deal on Dr. Dre’s Aftermath, where he spent time writing for other artists and contributing ideas to Aftermath projects behind the scenes until signing to Rawkus Records in 2003. Over the years, the demand for a sequel featuring even more rappers and heroes continued, with fans requesting another “Secret Wars” online in forums and in-person at shows. Eventually, The Last Emperor did release a sequel in 2003 after signing with Rawkus, which was met with just as enthusiastic a response as the first.

While The Last Emperor remained kind of a niche artist throughout his career, he was a lot like the scribes of some of those earlier, seminal comics writers who helped lay the groundwork for the explosion of popularity the superhero genre would go through in modern times. Without the Marvel “Secret Wars” story, many later stories that became the foundation for Marvel’s increasingly popular and successful films would never have existed.

Likewise, The Last Emperor’s work influenced a generation of underground rap talents that themselves influenced breakthrough stars like Logic, J. Cole, and more. Indirectly, Jamal Gray and Stan Lee have had their own major impact on hip-hop, which at its best, is built on storytelling and testing the limits of imagination. Every rapper is something like a superhero of their own creation, and many can thank Stan Lee for giving them the blueprint for just what a hero really is. 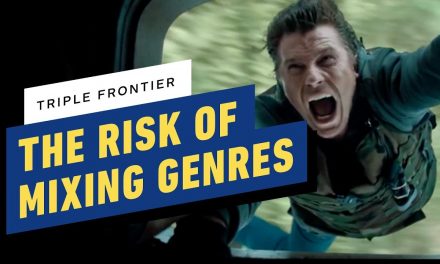 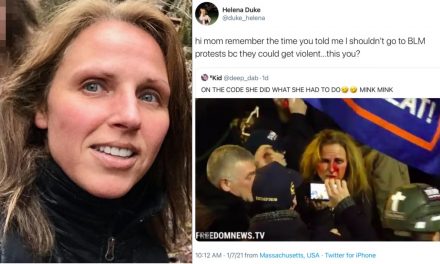 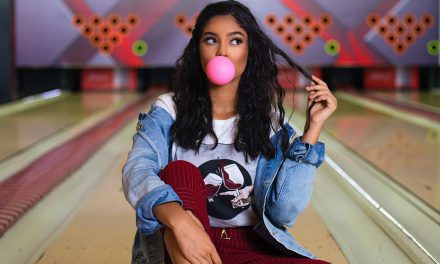