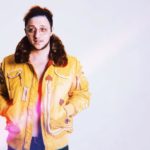 “’Rock Paper Scissors’ in the celebration anthem to cutting out the toxic beings, situates, and habits out of your life. It’s the soundtrack to the party you propel yourself when you recognise how much happier and better you are without the drama.”- Prince Fox