NASA Finally Shut Down Moon Landing Conspiracies Once And For All 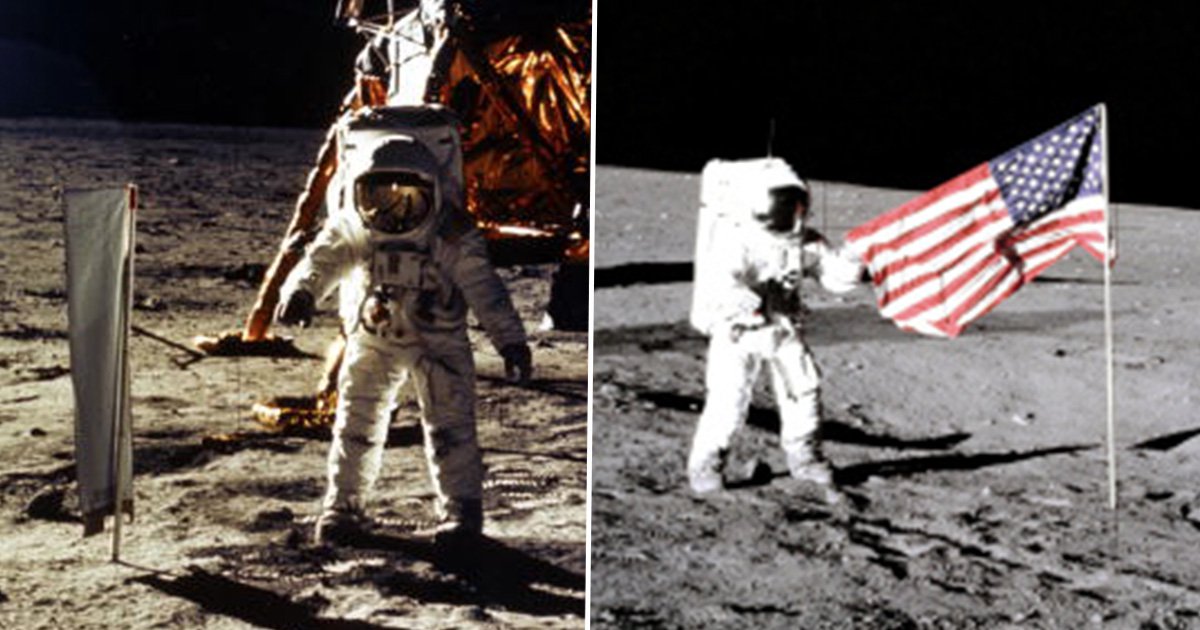 On July 20, 1969, as he stepped onto the surface of the Moon, astronaut Neil Armstrong said ‘that’s one small step for [a] man, one giant leap for mankind’.

These words are now some of the most famous in history representing just what ‘mankind’ is capable of, making the impossible seem possible as Armstrong became the first man to walk on the Moon.

A moment that changed the world, director Damien Chazelle’s (Whiplash and La La Land) latest film First Man tells the riveting story behind what is often regarded as one of the greatest events in history.

You can watch a trailer for the movie here:

Focusing on the life of Armstrong, played by Ryan Gosling, First Man looks at what drove the man who took that step onto the Moon to embark on the fateful mission.

Speaking to UNILAD, NASA’s chief historian Bill Barry, who also worked as a consultant on the film, revealed the film will give people ‘a more rounded picture’ of the true story.

I think everybody sort of knows the Neil Armstrong story of Apollo 11 and how he was the first man on the Moon but not many people about his personality and what it was like for the families and people on the inside.

The standard narrative of how the Moon missions went is that family members were supportive and there weren’t any problems.

A movie like this gives you a much more intimate look at what was really going on and how those people handled the incredible stresses and strains. It is a reminder of the cost. For the astronauts aboard Apollo 11, Neil Armstrong, Buzz Aldrin and Michael Collins, the mission meant they had to face great sacrifice for the sake of pushing the frontiers of science, knowledge and technology.

Embarking on the craft with ‘a very limited set of objectives’, the mission was really ‘a test run’ to see if mankind could reach the Moon.

As Barry explains, following the success of Apollo 11 NASA became ‘much more ambitious’:

With Apollo 11 there was talk about what they were planning on doing when they got to the Moon thinking one guy would get out on the surface, pick up some rocks, turn around, get back home and launch again. They found though that there was time to do some experiments, time to set some equipment up.

Things got much more ambitious afterwards. Apollo 11 had a kinda general landing area to go to. The Apollo 12 mission, which happened just a few months later, was going to try land next to something we had already put up there. They had something to retrieve so they had to handle a pinpoint landing which they did.

As things went along missions became more complex; they stayed on the Moon longer, did more moonwalks, did more research.

Things became much more ambitious once we had proved the constant distraction, you can do this and successfully operate on the Moon. Celebrating their 60th anniversary this year, NASA has done a lot of amazing things since the organisation’s 1958 formation.

For Barry though, landing on the Moon is the agency’s ‘signature accomplishment’ becoming shorthand for what mankind is capable of – seemingly anything.

In 1961, only three years after NASA was formed, the President of the United States, John F. Kennedy said NASA will take man to the Moon within a decade, and so they did. For Barry, this ‘defining event’ didn’t just change the way we looked at space, but also altered our understanding of our home planet too.

In the grand scheme of things it was one step along the way of what was born from the Hubble space telescope and completely redefined our view of the universe.

We have visited, with probes, every planet in our solar system and a few dwarf planets, asteroids, and comets. We underwent a reconnaissance of the solar system.

With NASA now inventing instruments which could be put on spacecraft to send to other planets, someone one said why don’t we put these on Earth and figure out how our own planet works and so we redefined our understanding of Earth and are still trying to understand how complex it is.

The first pictures of the Earth floating in space had an impact on people on a lot of different levels, the world may seem to be a big place but it is actually a small and fragile place. We all have a responsibility to make sure our spaceship is still functional.

We do indeed Barry!

Despite all the research NASA has undertaken and the evidence provided, various individuals and groups have alleged NASA, in association with other organisations, faked the Moon landings knowingly misleading the public and destroying much evidence in the process.

The conspiracists all have their different stories of what really happened and these ideas are still popular in 2018.

I'm sorry but the moon landing was fake, it is what it is

Asking Barry what he thinks of these conspiracy theories, he shot them down explaining NASA at the time didn’t have the technology to fake the landings.

He also added people will look back on these beliefs with embarrassment in the future:

Well the people on social media who do say that sort of stuff are going to be really embarrassed when their grandchildren are visiting the Moon and Apollo memorial landing site, the museum on the Moon in 30/40 years.

When they look at their grandparents Twitter feed they will say ‘boy, you are really stupid’. I think that will happen.

Ultimately there were 400,000 people working on the Moon programme all over planet Earth, it would have been really hard to fake it and technologically we didn’t have the capacity to do so.

Nowadays you can simulate a lot of stuff and make it look good but at the time we couldn’t. We had hours and hours of photos and 800 pounds of rock brought back to planet Earth. Barry does understand why people may have believed in the conspiracy theories, pointing to the fact at the time much of the information surrounding the landings was classified.

As things became declassified though, it allowed us to learn more about the Apollo missions opening up our understanding of what was really going on in space during the 1960’s and 70’s.

For example, only now are we learning about how close the space race between the US and Soviet Union really was.

Barry emphasised the Soviet determination to beat the United States to the Moon to UNILAD, keeping their competitive programme very secretive.

Commissioning a robot to be built which will land on the Moon and bring back a soil sample, the first one was sent up in June 1969 which blew up.

A month later they launched their second attempt, Luna 15, which was orbiting around the Moon at the same time the Apollo 11 mission arrived. This of course led to a very tight race to see which one could bring back a sample from the Moon first as Barry explains:

Neil and Buzz landed on the Moon, did their spacewalk, they went back to the Apollo to try to sleep before they launched the next morning and while they were sleeping the Luna 15 tried to land and actually crashed.

If it had successfully landed on the moon and brought a sample back, which later they actually did, if that one had succeeded though their samples may have got back at a similar time to ours.

They could have said ‘hey, we did it cheaper and didn’t endanger people by sending them up there’. So the race to the Moon which most people think never happened, well it was really close.

In fact it all came down to the last minute on July 20 1969 when the Soviets’ spacecraft crashed – now that must have been tense.

Since the Apollo missions, NASA’s attention has been drawn to Mars. In 2004 US President George Bush Jr. announced a plan to send humans to the Red Planet.

Although this is still NASA’s focus, Barry added that the Moon is still very much on the agency’s mind with plans to send members of the public there.

In fact, with NASA working on sending people to the Moon within the next decade, your trip may not be that far away:

Then it is working out everything for a trip to Mars. Depending upon budgets etc, maybe we can get to the vicinity of Mars in the 2030’s.

We will eventually have people walking on Mars and a much more robust economy with multiple space stations and people even working on the moon. That is where the US government has told NASA to go, we are talking to the UK space agency etc and they are all on board with the idea.

Honestly, I can’t wait to see where humanity goes next in space!

If you have a story you want to tell send it to UNILAD via stories@unilad.co.uk. 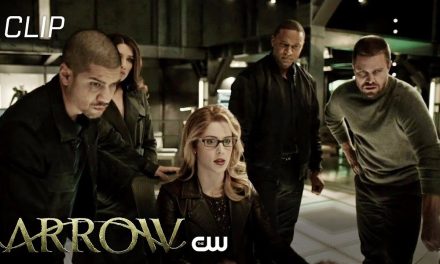 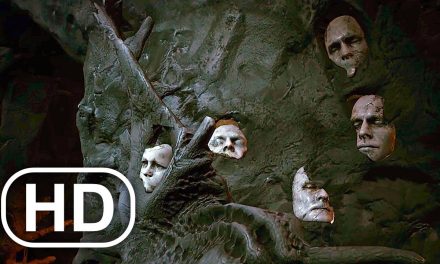 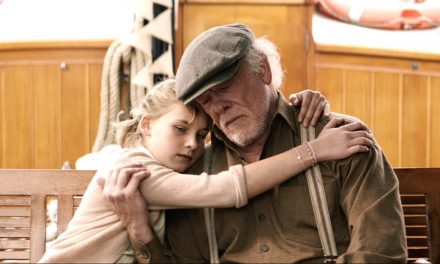 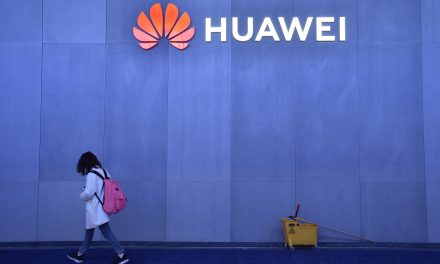