Nobody does Halloween like the Baxters, but not everyone is fond of the spooky night.

Last Man Standing Season 7 Episode 4 dealt with the upcoming holiday where people pull pranks, conduct seances, get to dress in costume, hand out candy, and sometimes end up in jail.

There are two types of people when it comes to Halloween — those who go all out for it and those who hate it. People either get into decorating, dressing up and pulling pranks on each other or they ignore it all together.

Mike said it best in his vlog. It is the night when people like to terrorize and scare each other. All year long kids are told the world is safe, there is nothing to be afraid. Then bam — it is Halloween.

Vanessa: Stick around this might be the year I pull off the greatest prank ever!Mandy: Oh, we can’t. We are taking Kristin and Ryan to the creepy abandoned trailer Kyle inherited from his mom. We are having a seance. Kyle: Yeah, I just hope we don’t conjure up my mom. Even as a ghost, she will probably still ask for beer money.

Permalink: Yeah, I just hope we don’t conjure up my mom. Even as a ghost, she will probably still ask…

On Oct 31st, everything changes. It is the one night where anything goes when it comes being spooky, scary and downright terrifying. Not everyone is down for that.

Halloween isn’t only about trick or treating, as Vanessa proved by trying to be the prank queen. Other than April Fools, it is the only time pranks are expected.

Vanessa didn’t want to harm anyone. She just wanted to prove she was as good at the jokes as Mike. Can you blame her? He is always taking credit for being the funny one.

There is nothing like the feeling of thinking you have one-upped someone, especially someone who is hard to get one over on.

I think we can all relate to Vanessa and Chuck’s shrieks of joy when they believed they got the best of Mike.

Mike: You’re one of my best friends.Chuck: How about that, Mike Baxter man of stone is a mushball. I didn’t think we’d ever get you to say that.Mike: Why did you say we?Vanessa jumps out from hiding: Yes, yes, best prank ever! And I was the mastermind. Oh yeah! In your face!Mike to Vanessa: You did this?Chuck: No, we did this!Vanessa: Last week I heard you on the phone with Joe setting up your fake prank on him, so you could actually prank Chuck. So, then I called Chuck to set up this real prank on you. Yeah, that is right. I am the prank queen.Chuck: It was genius because what is the scariest thing to Mike Baxter?Vanessa & Chuck in unison: Human emotion!

Did he really have to make them think their prank was his prank? Yes, because Mike likes to be right. Mike also loves to be center of attention.

It is not a bad thing; it is Mike being Mike. Honestly, it is one of the reasons he is a fan favorite. Many people can relate to him.

What makes pranks ever better is when you think you being pranked but you really aren’t. Mandy thinking the real cop was part of some elaborate scheme by Vanessa is the perfect example of that.

On Halloween, people are in the mindset of scary fun. It can be hard to determine what is real and what is just a joke.

Mandy was justified in assuming since she had slammed her mom’s pranking abilities that Vanessa was getting back at her. It would have been a great joke if it wasn’t real.

Pulling off a good prank on Halloween isn’t just for adults, kids like to get involved too. Boyd didn’t hesitate to set up Vanessa with his costume, then remind her how terrible she is at pulling off pranks.

It was nice to see a glimpse of Boyd. I only wish he had been a little more involved in the Baxter family fun. He has been kind of MIA lately.

There was a reason he was aged. He could have been a pivotal part in either Mike’s or Vanessa’s pranks. Can you imagine Boyd helping Vanessa get one over on Mike, the grandfather he admires so much?

Ryan, Kristin, Mandy, and Kyle choosing to do a seance over handing out candy was a great nod to how young adults spend Halloween.

Female Cop: If you don’t have ID then I am going to have to take you all in.Mandy laughing: Wait a minute, this is not real. I told mom she was terrible at pranks and all of the sudden we are going to be taken in by a lady cop. Mom is totally trying to up her game. Kyle: Yeah! Aren’t you in Mrs. B’s book club? The one who reads the least but drinks the most?Ryan: Guys I think she might be a real cop?Female Cop: I am!Kristin: Her squad car certainly looks real.Female Cop: It is.Ryan: Are we going for a ride?Female Cop: You are. You guys are about to be part of a whole new book club.

Permalink: You are. You guys are about to be part of a whole new book club.

When you are a kid, it is all about trick or treating and getting a ton of candy. As an adult, it becomes about finding other ways to celebrate the creepy holiday. Plus, watching those four interact is always entertaining.

Joe sharing with Mike and Chuck that he hated Halloween was a good representation of those who don’t get into the day. His reference to Satan liking Halloween was spot on.

He also compared people out on Halloween to demons and hellspawn. I couldn’t have said it better myself.

Chuck: Hey Baxter, I thought we were alone. There is something moving down there, and it is coming up the stairs.Mike: Didn’t we agree that we weren’t going to prank each other? Chuck: No, no, it is not a prank. Whatever it is, it is big and has a giant head.Joe walks in: Hey guys what is up.Mike: What are you doing here Joe. Everyone else left hours ago to go be with their families.Joe: I am no going home. I hate Halloween.Chuck: Really? I love it!Joe: Yeah, you know who else loves it?Mike: The kids?Joe: Satan! I am serious. Demons and hellspawn get to freely roam the earth one night of the year, and I am supposed to open the door and give them a bonbon?

Permalink: Satan! I am serious. Demons and hellspawn get to freely roam the earth one night of the year,…

Yes, he was in on the prank. So he apparently doesn’t hate Halloween that much, but his words still ring true.

Eve was missed during the Baxter Halloween shenanigans. Pulling off a good prank is right up her alley.

She also would have added a whole other layer to the seance. Eve would likely have mocked the entire thing but seeing her land in jail with her sisters would have made for a great bonding moment.

Last Man Standing keeps giving us the Friday night laughter we all need at the end of the work week.

What was your favorite part of “Bride of Prankenstein?”

Who do you think pulled off the elaborate prank Mike or Vanessa?

Don’t forget you can watch Last Man Standing online any time you want. 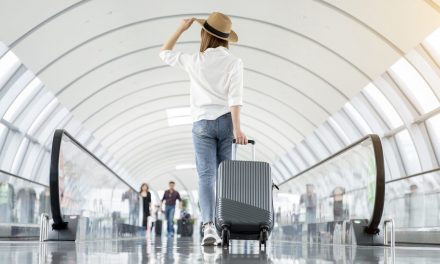 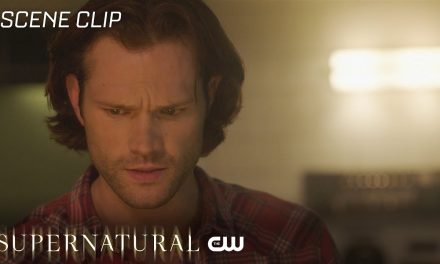 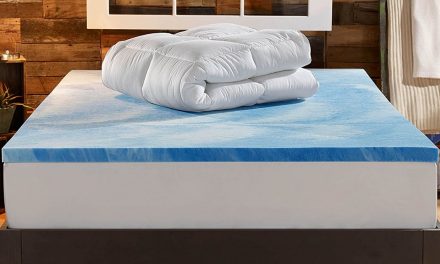 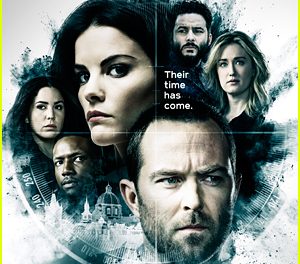