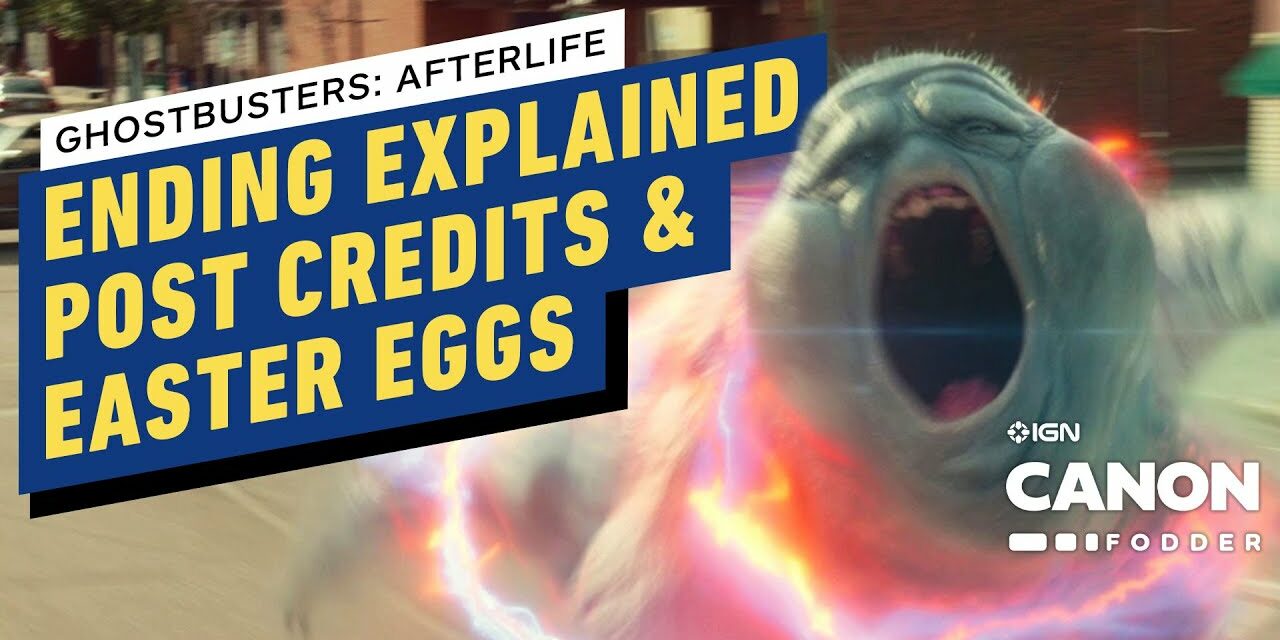 It’s 2021 and we can confirm… STILL not afraid of no ghost! Ghostbusters: Afterlife brings all your paranormal investigation and elimination needs back to the big screen with a direct sequel to the two original 1980s classics. But what ghosts are getting busted this time around? And what does it mean for the future of Ghostbusting? Hang on to your ectoplasm because we’ve got answers to those questions – and a containment-grid-destabilizing amount of SPOILERS – ahead!

Jason Reitman takes over as co-writer and director from his father Ivan Reitman, director of Ghostbusters in 1984 and Ghostbusters 2 in 1989. A younger generation is sporting proton packs on screen as well, with McKenna Grace and Stranger Things Finn Wolfhard leading a new team. They take over for Bill Murray as Pete Venkman, Dan Aykroyd as Ray Stantz, Ernie Hudson as Winston Zeddemore and Harold Ramis as Egon Spengler. The MCU lends the film the performative talents of Sexiest Man Alive Paul Rudd and Carrie Coon as well! Plus all the Easter Eggs, post credit and end credit scene analysis you need from your weekly dose of Canon Fodder. Go ahead and cross the streams, we’ve got you covered!

For more Canon Fodder check out the OTHER long delayed sequels and / or reboots with No Time to Die and Dune!